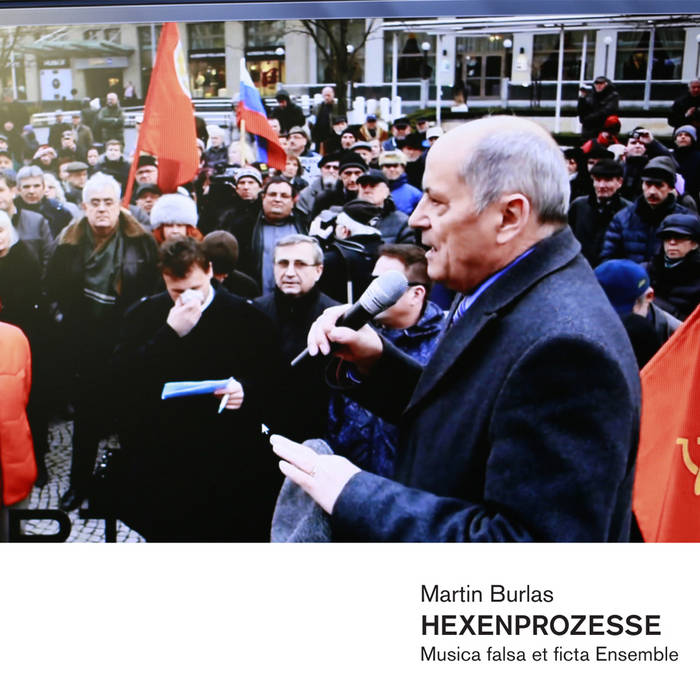 "... Maybe this is not apparent, but it ́s only the second time in my life that I ́ve violated my rule of not politicizing the culture. And I wasn ́t happy to do so. But it was only a Russian television video of the demonstration „against NATO bases on our territory“ in front of US embassy, that forced me to decide. To protest against something that doesn ́t even exist and is not likely to exist (only later became clear that a coordination facility will be placed here, a year after the innocent people in Ukraine began to die in thousands and nobody knows whether the conflict doesn ́t spread further to Europe) is just like hunting the witches. By many means, this video has helped to cleanse our political situation, but wouldn ́t be of broader importance, if only represent- ants of political parties wouldn ́t meet there, who have fooled us during the last 20 years that they are antagonistic to each other. And so, the son-in-law of Biľak stands next to „advocates of christian values“ who are hunting the witches.
If I wouldn ́t see this on a record, I ́d say to myself that someone wants to fool me. After all, I ́ve said that to myself anyway, after watching the video. Therefore, spontaneously has been added also the visual part of this piece, last but not least with a help from Soviet „brothers“.
I promise that during the next 20 years I will not comment on politics. But, because the named gentlemen do like to comment on culture, I don ́t feel guilty. It means that I ́m also allowed to comment on their jobs and understanding of values. Thank you, I ́ve already vomited."
--- Martin Burlas (from the sleeve notes)

Bandcamp Daily  your guide to the world of Bandcamp